Anna sits on her bed
When she speaks
She bows her head
She says the man by the window is a ghost She says he never leaves
Anna keeps keys in drawer
To remember what she had before She says I lost everything I had
But I still have love to give
Could you please
Lock the door
I can’t take this anymore
There’s too much noise
On a Saturday night
Anna says that she’s done
She needs a place all of her own
She says I pray that I was good enough So that someday I can leave
She says, I talk to much
I’ve lost control, she says
And my neighbors never sleep
They’re too busy shooting speed And they’re not afraid of death
They’ve got all the time they need Anna says, I’m sure they know
She says, baby you’d better go
There’s too much noise
On a Saturday night 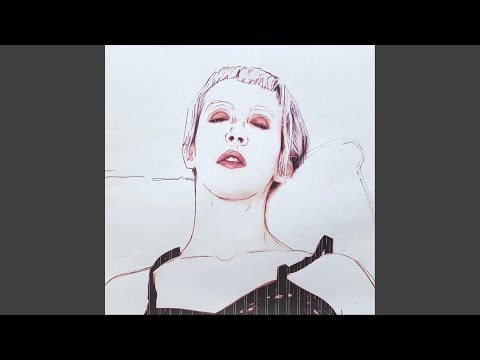 Sunday Morning visits us today. Excellent music. We are very happy with the visit. Thanks for being here.

I’m Bruce Wilson and I sing for the band Sunday Morning—at the moment I’m sitting at a window in my small apartment looking out over the wall of northern snow capped mountains that enclose Vancouver. I often struggle with living in this difficult city but on glorious sunny spring days like today we reconcile and find peace within each other. I have on black jeans, scuffed blue suede Pumas and a grey sweater with a small hole just above my heart. Oh, and I need a haircut.

I’m originally from northern Florida and when I was young I moved back there for a couple years and sang for a hardcore band in Tallahassee called Gothic Playground. I eventually returned to Vancouver in my early 20’s to join the band Tankhog and we toured quite extensively and released an album and some singles. Post Tankhog I dedicated myself fully to a steady descent into drug addiction and that consumed the majority of my time and energy for a number of years. When I finally got clean it took me a few more years to stabilize enough to start writing again. Sunday Morning started as a narrative writing project that morphed into the first album that I wrote with Vancouver legend Stephen Hamm in 2016. When Hamm left to focus on his solo project Theremin Man I started writing with producer/guitarist Felix Fung and we released the Consequence of Love Ep last year immediately before the world shut down. All our live shows and tour plans were shelved so in the past twelve months we’ve spent a fair amount of time secluded in the studio. Last fall we released the single Beautiful Lie and more songs are coming over next few months to follow up on Anna Says.

Felix and I wrote the bulk of Anna Says in his kitchen—this is where we write most of our songs. The verse’s chord progression is actually the first thing Felix ever wrote on guitar and he’s had it waiting in the vault since he was fifteen. The beautiful part about writing with Felix is the ease of it. This song fell into shape effortlessly and the majority of it was recorded with just Felix, Max Sample and I in the studio. Jovana Golubovic came in after to add her gorgeous vocals and we hit up the incomparable Dave Dykhuizen (“Double D”) to drop by and play his lead track. After we had a studio mix I had the great fortune of connecting with producer Chris Birkett (legendary for his work with Sinead O’Connor, Buffy Sainte Marie, Steve Earle…) who agreed to do his shimmering final mix.

Lyrically Anna Says is another segment in the Sunday Morning narrative arc. Everything I write has some sort of autobiographical anchor and Anna Says is based on an encounter I had years ago. Anna was someone who, despite being haunted by her past and living in a purgatorial state, had an innate radiance that was inextinguishable. Her capacity to love regardless of her circumstances and the visible weight of sadness in her eyes has always stuck with me.

I also need to mention artist Ronan Boyle who did the cover art for Anna Says. We’ve been working with Ronan since he made the shrine for the cover of the Consequence of Love Ep and he has an amazing intuitive sense of our aesthetic. Working with him is one of the highlights of every project.

Most of the funny stories have to do with being in Tankhog but in retrospect they might be more horrifying than humorous. There was the criminal activity including stealing tanks of nitrous oxide (Thus the name “Tankhog”—don’t be one!)—drawing straws to see who had to put the suave on our guitarist’s ass after he got stabbed at a show in Miami—the beer Olympics in Atlanta—setting our van on fire in Pittsburg—bowling on acid with skinheads in Denver (cue Camper Van Beethoven)—someone will eventually make a movie and it’ll be funny in the way that Drugstore Cowboy or Requiem for a Dream are comedies.

I’m amazed and thankful every day that I’m not still shooting heroin. By the end I’d resigned myself to the fact I was just going to die a pathetic junkie death. I couldn’t conceive of a life being sober but I also didn’t want to die and I had one of those staggering moments of clarity. As powerful as those moments can be they are equally as fleeting—luckily this window stayed open long enough for me to take action. It took time to regain my footing but with a lot of help I’ve managed to keep moving forward. I still have a tendency to dwell on the darker areas of existence but I’ve found ways to balance that with the ability to see the vast inherent beauty of life—something I was incapable of appreciating before getting clean. I sometimes regret the amount of time I wasted but these days I get to make music with talented friends like Felix, Max, Jovana and a myriad of other brilliant musicians so I don’t spend too much energy doing that.

Making music is a reciprocal experience and we are very excited at the prospect of being able to tour and play live shows again. We would absolutely love to see your faces!!! Hopefully we’ll be able to make that happen soon.

Sunday Morning we wish you much success.

And we’ll see you in the next interview. Bye!