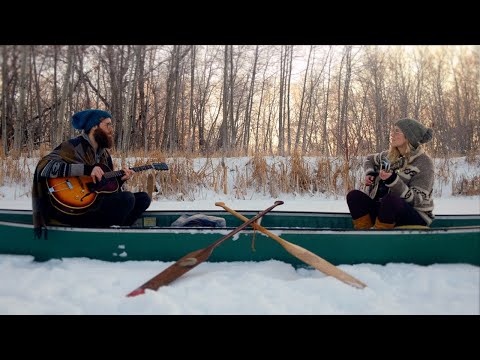 Today we are receiving Mister K. He brought us his good music. Thanks for being here.

Hello, my name is Kevin Kratsch, as an artist I record and create under the name Mister K. At this very moment I am hanging with my cat and dog writing you all from a futon in a spare bedroom in my house…which also happens to be a historic rural Manitoba School. The serendipity is that I also happen to be a certified teacher, hence Mister K. But I am here to tell you about my music…

As an artistic project, Mister K is built on merging my abilities not only as a musician, but also, a photographer, graphic artist, and videographer. The result can be seen in the rollout of my debut record, In Event of Moon Disaster. It is a conceptual, cosmic folk-pop album rich with layers of hidden synchronicity between the album art visuals, lyrics, and soundscapes.

The album is a musical journey through highs and lows, a pendulum swung through the hardship of darker days. It is a story of overcoming adversity and ultimately emerging from the darkness with a story of hope. The album is based on many of my own experiences with anxiety and depression.

Music has always had a big part in my life growing up. I had a grandfather on one side that peaked my interest in the guitar, and on the other side, the harmonica. I bought my first guitar, a stratocaster knock off from a pawn shop in Winnipeg in 1995. I eventually got set up with the harmonica brace and acoustic guitar combo a couple years later. Neil Young’s Decade record was my compass.

After graduating from Kelvin High School, the same school Neil Young attended before dropping, I played in a few bands. But it wasn’t until much later in 2013 that I finally put teaching on hold to start recording and touring as Kevin Roy (Roy is middle name).

The music was more of a storytelling alt-folk/country type thing. I recorded an EP and an LP and toured over 500 shows in five years. Each year, I put more time in the administrative and entrepreneurial side of things and grew further from myself and who I was at the core as an artist, and a person for that matter. I got to a point where I felt like I was booking shows to sing someone else’s songs. With mounting anxiety and depression, I knew I needed to reconnect to myself and my identity.

In 2018, while working on some new material, ‘Darker Days’ and ‘Game of Hearts’ came to me, these were nothing like the previous Kevin Roy songs. I test drove them on the last Kevin Roy tour in the summer of 2018. The response to these songs was so overwhelmingly positive that when we got back home I decided the new album would be created under a new artist name.

The week I started in the studio was also the same week my wife and I moved out to our current country home, a historic school house built in 1896. The Mister K name and story pretty much wrote itself from there.

‘Tamarack’ is an optimistic love song, and an ode to my favourite conifer, the Tamarack. I knew I wanted to write something a little bit ‘tongue-in-cheeky’, something a little John Prine-esque. In doing so, the song also includes some subliminal conifer tree identification. Did you know you can tell what type of conifer tree it is by its needles? Pine needles grow in pairs, spruce needles are square, and fir needles are flat, and of course the Tamarack shed its needles in winter. My mind was blown when I learned all this!

I always got a kick out of the time I did my first load of laundry on a tour and had all the cheques and money from the first week of shows in the pockets of my jeans. I can tell you that money can be laundered (no pun intended), and cheques can be reissued.

When the pandemic hit, I started feeling a mounting anxiety in myself the first weeks at home. The uncertainties of not only the music industry, but also the state of our world started to weigh on me. I really needed a way to ground myself and find presence and routine in this time.

Our house is on a property that has a few acres of bush. At the edge of the tree line there is a fox den that has a new litter every spring. It was in the second week at home I first saw the new litter of cubs. Aside from being a musician, I am also a landscape and wildlife photographer. Needless to say, I was instantly drawn to the den. I had found my routine, my presence, and grounding 200 feet from my door.

Observing the foxes forced me to slow down and listen to not only my environment, but myself. I was given time to reflect, assess, and just sit with my being. It was a meditation I didn’t know I needed.

I decided to get up at 6am daily to film the den until the foxes moved on. They stayed at the den until June. Over the three months of documenting the den I acquired hours of footage and hundreds of photos. At the time I had no idea how I was going to share this work. It took a few months to finally figure out a way to release the videos.

The resulting footage can be seen in the music video for my lead single, ‘Harmony’. With countless hours of remaining unused footage, I compiled the extended scenes footage into a full length album music video for the debut Mister K LP, In Event of Moon Disaster.

Hang in there, stay safe, I can’t wait to share some exciting summer plans with you, as well as some more music later this year!

I’d love to hear from you as well, it’s hard to fill the void of connecting with people at shows.

Much love to you all!

Mister K we wish you much success.