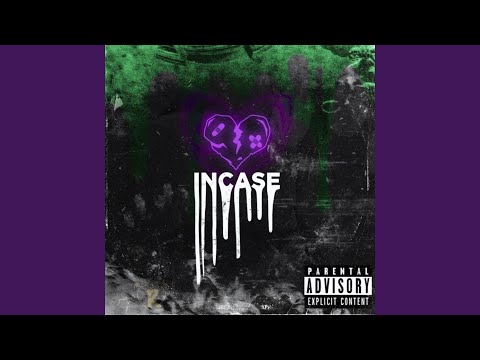 The Great Ihatekaye visits us today.

I’m ihatekaye I’m 17 from Dana Point, California. I was born and raised in Huntington Beach, California but moved to Dana my sophomore year. There’s not much to introduce. I’m a pretty normal 17 year old, I just make music and hang out with my friends.

My history as an artist I guess starts way before I even was an artist. When I was in middle school me and my best friend at the time were obsessed with Fallout Boy and we wanted to make a band so bad. We used to try to write songs and thought we could actually make some next level banger with no equipment, just our phones and a keyboard that we didn’t know how to change the sounds on. Fast forward to freshman year in high school my friend’s older brother was a soundcloud rapper and I thought it was so cool and eventually he gave me his old mic and I downloaded audacity and started making some like lofi hella background noise Jocelyn Flores type shit. After trying to upload them on Soundcloud and getting a whopping maybe 15 plays (10 of which being myself) I gave up. Junior year I was home alone on New Years because I just moved and hadn’t made any friends yet so I watched an “Artists to watch in the underground” or something like that video on youtube and found Loser and Koshi. I thought they were so cool. Eventually I found Loser and DMed him asking dumb music questions and eventually him and Koshi became my mentors in music. To this day I consider Koshi family.

Incase is like 2 stories mashed into one, the first few lines “Not even Grace could make me fall in love and that says a lot guess I’m really fucked up” is a true statement about a real girl who I’ve been on and off with for years saying it’s always been her so if she can’t even make me fall in love then yeah I’m really fucked. The rest of the song talks about an ex girlfriend introducing me to drugs and just following what it did to me since then.

There was a week in mid 2020 me and a few music friends, including Koshi, got an AirBNB and stayed there for a week. While we were there we did shrooms. It didn’t hit so we did it again. The second time we did shrooms we were convinced they just weren’t going to hit but then I looked up and the moon had like flower petals and Koshi came out with a drink and his eyes started growing and I started touching his face asking if it hurt his eyes, at some point we ended up staring at a wall for like 3 hours because we had like a light thing that put cool shit on the walls. Later in the night we decided we were going to go make a song. We were certain we had just made the next Billboard top song, we woke up and played it back and it sounded exactly how it was, just 3 high ass teenages screaming at a mic at 3am. That was some of the funniest shit in my life.

A lot of my career is overcoming myself. I wanted to be a rapper so bad but eventually realized I really fucking suck at it so I turned to singing and had to teach myself how to sing from scratch because I really sucked at first but I stayed with it even when I got destroyed by everyone at school because I was so ass. I had to overcome everything they said and everything negative I’d say to myself. I also am still overcoming shit. Incase says everything I won’t, some shits easier to overcome but it’s all a process.

I’m excited to be able to get this song on all platforms for everyone that’s been asking and also deadass anything can happen. I was making music off my phone last year to being signed and recording at studios everyday. Keep pushing when it’s hard and anything’s possible if you really want it.

ihatekaye thanks for your visit. We wish you much success.