Won’t you put your phone down
I’m tired of taking part
In empty conversations with only echos for skin. Won’t you change the channel
I’m tired of this episode
Where lovers become strangers
I know how it goes.

Won’t you take a breath
I can’t catch mine
But I’ll lend you any oxygen I find
Won’t you simmer down
I’m still high and you’re still on the phone I know you want me sober,
But my lungs are worn and I still can’t let go My best foot forward, I still hear your words In my ears, I need you, here
I’ll try tomorrow.

I’m trying I’m trying to mend
Every last piece that you left
I’m trying to try to resolve
But the pills are upsetting and I’m done with alcohol. Do you miss me, think of me at all?
At all? 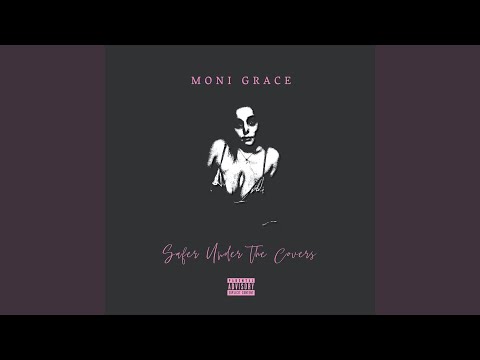 Moni Grace is an incredible person. It is a great happiness to have you here today.

Moni Grace is a 23-year-old singer/songwriter based out of Boston, MA. Heavily influenced by pop-punk through her raw and unique adaptation of alternative pop, she is able to approach artistry in a conceptual and abstract way. Moni uses this approach in every song she creates, and incorporates her creative expression, self-reflection and soul. “[Moni Grace] has established her own unique style and positioning as an artist who has found her own spot for creative expression with down-to-earth honesty" – (Performers on the Go). Releases include her debut EP:“HOW TO FALL IN LOVE WITH THE CONCEPT OF FORGETTING” (August 2020) and her debut album “SAFER UNDER THE COVERS” is set for a January 23rd, 2021 release date. “Grace’s pop-punk influences shine on her raw take on the heartbroken singer/songwriter role" – (BuffaBlog). “Her songs go so far beyond what I tend to expect from young singer/songwriters (a cliched take on the angst of young love/loss, etc.) Her work has a mastery and an emotional depth that is impressive. Her songs convey real emotion. I had tears listening to her "stories." " – David D

I’ve been writing music since I could write / sing! I grew up on musical theatre, with four sisters who all participated in it as well. I started with piano when I was around 6/7, then playing guitar when I was 12 years old with my sister who played before me (a fantastic indie musician), gifting me my first guitar at Christmas. Ever since, music/writing specifically, has served as a catharsis and therapy. Music/writing has done more for me than my 13 years of therapy alone. I was homeschooled until grade 7. I liked being homeschooled because there was no space for comparing myself to other people, because there were no other people other than my family/ groups we participated in. However, when I got to middle school, I did start comparing myself to others and realized my differences. I am a biracial woman who suffers from diagnoses such as ptsd, bipolar, depression, adhd and anxiety/social anxiety. The bullying began and I started to use escapisms such as self harm. I’m so grateful my sister gave me that guitar in the 8th grade. Because although the ER visits for my suicidal behaviors assisted me somewhat and kept me alive, I really would thank music for being the one light in my life. That and my family. During high school I literally had no friends and my

Mental health grew worse and worse. I remember listening to bands such as modern baseball, with growing up listening to musicians like nevershoutnever and Avril Lavigne mainly. But truly, modern baseball saved me. In so many ways. I was so inspired by my own healing through their music that my music began to take more of an emo/indie pop turn rather than what it was before. I used to release small, short eps of demos I’d record on my iPhone through like audacity and upload them to bandcamp. During this time, I wrote a song every single day. I did that until I was a senior in high school, when I lost myself enduring traumas such as sexual violence and suicide attempts. I also drank heavily during that time period. I went to college for like 2 months then dropped out, due to more sexual violence / bullying / mental health challenges. I’ve always struggled with being “different”, whether that’s with my race (biracial), through my mental health challenges as stated earlier or through my different traumas I have endured. I didn’t start pursuing it professionally til age 22, after a traumatic breakup from an abusive situation. I remember thinking to myself, “I could either let this trauma drown me, or I could cope in the way I always have: music.” Due to the abusive environment, I barely created music during the four years I was with my ex. However, I would use escapisms such as poetry/specifically spoken word. And I always say that although it was one of the more terrible things I’ve experienced— because of myself enduring them and surviving them, I will never run out of writing prompts. My producer, jesse Coutu, of the mixing house is who I’ve worked with for everything I’ve released since. He reached out to me after I posted some of my demos I recorded in Brooklyn NY on SoundCloud, and Since then, I released several professional projects including my debut EP “How to fall in love with the concept of forgetting pt 1” and several past works that are still available on distribution sites like bandcamp and SoundCloud (blonder ep, places never to return to album, the chase (single). With my debut “SAFER UNDER THE COVERS” releasing I couldn’t be more grateful. You truly are more than the trauma or anyone or anything that has tried to swallow you whole, the fact that you kept going and stayed in your body is the thesis, and all I wanna do is give back now.

All the songs have a specific story and meaning deeper than it’s surface. One of my favorite songs would be “Wyoming.” I wrote it during the break up of a long term friendship, which often times I feel is just as traumatic as romantic break ups. It talks about using drugs and self destructive escape methods to leave the present tense, in effort to mend what is broken. However, accountability is important and I really believe there are two sides to everything. It paints a narrative of healing in that context.

My ex boyfriend tried to file a law suite against my song “THE CHASE” after releasing it to bandcamp/SoundCloud. Obviously nothing happened because I used absolutely no names. It’s funny because during the hearing I sang the song, full four minutes with vulgarities and all, and nobody interrupted me. I really want to incorporate that into the music video. It’ll be out with my deluxe version of the album this March. You’ll see why it was funny. I’ll never forget that.

Moni Grace you really are a great talent. We wish you much success in your career.

And see you in the next interview.