Twenty years and twenty states
Twenty gas stations along the way.
I knew the road
But I thought I made a mistake.
I ended up in California with Texas plates

Cause what if what I’m searching for Isn’t all the Gold at the end of the road It’s just having enough for today.

Too much white noise and too much beer,

Too many people yelling in my ear.
They said: “do the right thing,
I’ll tell you how to act.”
“Be yourself, but not like that.”

And I don’t think their words should count. It isn’t all the Gold at the end of the road
I just want to have enough for today.

I wish I had a thousand lives to do it all again. Maybe I’d start sooner or choose other friends. But every second passing
Is collecting with the past
So I guess I’ll use the time that’s left.

It’s been twenty years and twenty states Twenty gas stations along the way.

I knew the road
But I thought I made a mistake.
I ended up second guessing every choice I made.

I don’t wanna cry no more
Cause what if what I’m searching for Isn’t all the Gold at the end of the road It’s just having enough for today. 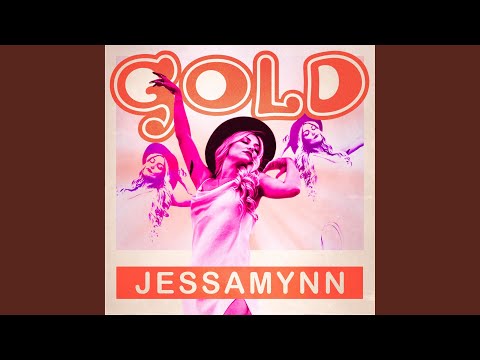 Beautiful voice and also beautiful music. We are talking about Jessamynn and the new hit Gold. Thanks for being here! Your music is wonderful.

I’m a songwriter, vocalist, piano player, and a bit of a guitar player. I’m not new to the music industry but I’m new to the folk/country/Americana corner of the music world. Even though it feels like starting over in some ways, I feel more confident than ever on this path. I’m equal parts Texas girl, Yankee girl, and a little bit of Los Angeles. I used to struggle with feeling like I wasn’t really "from" anywhere, but I’ve realized that living in areas of the country that are so vastly different is actually a really unique experience, so I’m learning to embrace it. I’m learning to love that I don’t really have a home. I haven’t traveled for fun as much as other people have, but I’ve moved 17 times and I’ve taken more cross-country roadtrips than I have plane rides, so I feel comfortable with not settling down. I currently live in Los Angeles but who knows where I’ll be next!

As Jessamynn, I’m just starting my artist’s journey. I’ve always written songs from the heart and forced them into the pop realm, but truthfully, a lot of aspects of my writing (like song form) is more folk-based than anything else. So I decided to collect all of the songs I had written that just didn’t "fit", and really pursue them. That’s how Jessamynn was born. Prior to this project, I’ve sung rock, pop, neo-soul, EDM, and pretty much everything in between. I sang commercial jingles and did a lot of co-writing- mostly pop based. I still do those things, but I’m so excited to have a place to release what I’ve been holding back.

"Gold" is one of those songs that came out all at once, in one 20-minute sitting. It was a release of a lot of feelings that I had been scared to acknowledge and say out loud, so some tears were shed while writing it- and nervous tears the first time I played it for my producer. It’s definitely a happy song, but at the time I was scared to admit that a part of me was "giving up" on the pop star fame I had been searching for, so it was also a little bit of a sad admission. In the midst of such incredible pain and destruction happening across the world, I finally understood what was really important to me. I think the collective heartbreak of 2020 was really sobering and made me more clear headed than I have been, possibly ever. So I sat down and wrote this song about what happiness is: being thankful for what you have each day, even if it isn’t much. You have to find your own gold, and I’m happy to say I found mine.

One time, my band was playing SXSW in Austin. As a small, indie band, you often don’t get a rider at all, not even for official shows. We needed to load in but the street was closed off, of course. So we found the closest parking lot where a guy was charging $40 per car to park, and we decided to just take a pedicab the rest of the way (with all of our gear). Turns out, that parking lot wasn’t open to the public, that guy wasn’t a parking attendant, and we basically just paid some dude $80 for 2 cars to park in a lot that he had no connection with. We weren’t even new to Austin, but we got totally scammed like a bunch of tourists. On the brightside, the security guard who actually did work there let us stay until the end of our set instead of calling the tow truck immediately. I have a feeling he wasn’t supposed to take as long of a break as he did so maybe he was trying to cover his own tracks, too. I have so many stories of getting stranded or scammed on tour, but this one had a happy ending so I can laugh about it now.

Tell a story of overcoming.

This is such a great question. I’ve had a lot of personal challenges and setbacks, and I’m not sure I want to get too personal and specific, but I’ve realized that the biggest thing I’ve had to overcome is my own self-judgement. When something devastating happens, or when you find yourself in a totally new situation, or you find yourself alone, it’s so easy to frame these events as evidence that something isn’t "meant to be", that others don’t like you, or you won’t succeed. But most of the time, I’m the only one telling me that- no one else. These "problems" are just puzzles to solve, and these "limitations" are just opportunities to find new paths. It took me way too long to understand this perspective, and there have been so many failures in my career because of it. Now, I’ve found new ways to look at the challenges life presents, and I’ve let go of expectations I’ve had so I could find the joy in every note of music I get to play. I feel so lucky to be able to play music at all.

I hope you always find the gold in your life, the little bit of happiness in each day. Even if it’s as small as seeing a beautiful interaction between strangers, or as big as achieving a goal you’re passionate about, I hope you always find something to make you smile when you need it most.

Jessamynn you are pure talent. We wish you much success in your career.