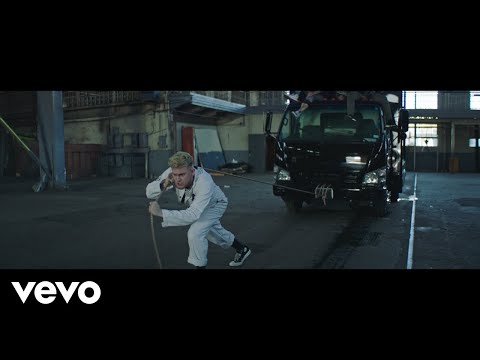 Got it on smash

My mom call me crying, say she barely know me no more and I tell her I'm sorry
I'm addicted to working, I'm prolly recording or bustin' a move when you called me
I gotta do better but I got so many people and they all leaning on me, ayy
Wasted Youth shawty, I swear we an army and everybody on it charting
Did a song with Lil Baby, I went to the hood, shot the video right in the trenches
Had a Glock on my hip, like I missed my due date, you know I gotta keep an extension
It's QC for life, but until I get right, I'm just grinding and keeping my distance
So much food on the table but won't grab a plate until I do my thing in the kitchen
If I hit yo' bitch from the back then that's a collision
Hit and run, I take off then I go missin'
I'ma OG like Parker, first one seen the vision, yeah
Bein' young from Miami, you're scammin' or pimpin'
And my rims is offset, Forgiatos be tippin'
Me and Yachty don't really talk much 'cause we different
But for you, I pull that pistol out in a second
Keep a nine, just like Marlo, you might end up missin' (Missin')
Might end up missin', I bought my bitch a Chloe bag and some Christians
Hope she never catch me cheating like Tristan
Gotta stay strapped like it's Click It or Ticket
That bitch ass fake, but it look realistic
I don't take meds no more, bitch, I'm holistic
I'll draw my gun on a rapper, artistic
I got that money, it's dumb, it's autistic
Gotta put people on, gotta keep flippin'
Really to me, that's the only statistic
That you should care about, Empire building and you cannot tear it down
If you got problems then we find your whereabouts
Like we hotboxin', you know we gon' air it out (Yeah)
Like we hotboxin', you know we gon' air it out, air it out, yeah
Used to love me, but you judge me like Aaron now (That's deep)
You used to listen, but you bad at hearin' now (Wow)
You won't even hear me out, that fuck shit get canceled out
We was both on the road to the money, you mad at me 'cause I took better routes
Shout out to P, feel like I won a Grammy the night that you gave me my chain
We got a lot in common 'cause we both know what it's like bein' betrayed
I see that shit that you goin' through, sometimes it make me afraid of the fame
But it's the life that I chose so there's really no one but myself I could blame
Before the deal, I had 35 hundred dollars to my name (Me)
Gave you a place you could sleep, gave you clothes you could wear and put food on your plate (You)
When you was fightin' the charge, who was the one that made sure your lawyer was paid? (Me)
Now you're writin' statements 'bout me, I swear to God, I think about that shit every day (You)
Who was the person you called when you got into beef and you needed it handled? (Me)
Who used the Wasted Youth to get a deal and when they got a deal they gon' cancel? (You)
Who was the one that you called when you had the gun pointed to your head in Orlando? (Me)
Look what you've done, all your day ones, you burned 'em all like a candle (You)
Who got they dollars up? (Me)
Who losin' followers? (You)
Who took care of all of us? (Me)
Who could we never trust? (You)
Who's the one gave you the help? (Me)
Who signed a deal and got shelved? (You)
Who would write all of your lyrics? (Me)
Who was a muhfuckin' parrot? (You)
Who picked you up from the hospital? (Me)
Who's fuckin' parents was dodgin' 'em? (You)
Who introduced you to Haj and 'em? (Me)
Who got a crew with the flaws in 'em? (You)
Who's chain is VVS diamonds? (Me)
Who's shine is fake and they lyin'? (You)
Who could make hits without tryin'? (Me)
Who left the studio cryin'? (You)