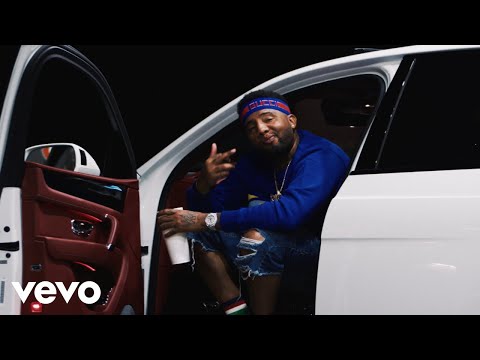 And we get wavy in this motherfucker
Look

Bentley truck off the lot (Foreign)
Waitin' on these 26's so I'm ridin' stock (Forgiato)
Thirty in this 40, I don't ride stock (Thirty on me)
I keep it on my lap, it's really in my tuck spot (It's Philthy)
Cocaine white like a brick of soft (Thirty-six)
No, this ain't a rental, this Betayga bought (Uh-uh)
That nigga sentimental, what that nigga thought? (Pussy)
Bitch give everything back that that nigga bought (It's Philthy)
Two hundred on the retail (Chump change)
No this ain't a V8, this a V12 (Big dog)
A hundred dollars on the detail (Road runner)
Eatin' shrimp and lobster, no seashells (Ayy, eat it up)
Carbon fiber on the dash (Is that right?)
Regine hit for a hundred thousand on the last (Last money)
My old piece of work an old piece of trash (Faggot)
I just took the head from her, I ain't want the ass (It's Philthy)
Seats bloody red like my bitch period (Bitch)
I ain't never gave a fuck about a bitch, period (Never)
Broke nigga talkin', I ain't tryna hear it (Broke nigga)
I can't relate to him, I can't take him serious (It's Philthy)
Rappers on IG with that fake flexin' (Pussy)
Them ain't fifty pointers, that's a fake necklace (Fufu)
Got your baby mama walkin' 'round my place naked (I do)
She gon' suck this dick and then go make breakfast (It's Philthy)
I don't let my white bitches say the N-word (Nigga)
Sent a bitch to the trap to pick up ten birds (Seminary)
Them niggas ain't tough, them niggas been nerds (Been nerds)
Pillow-talkin' to the bitch, boy, we been heard (It's Philthy)
Valet push-to-start, that nigga been a mark (He been a mark)
It always comes to the light, what happens in the dark (Swear to God)
Syrup in my cup, I'm always sippin' dark (Syrup)
And I ain't never had a hit record on the charts (It's Philthy)
Rockin' all this Gucci, they should probably pay me (Designer)
I fucked her best friend so she probably hate me (I know she mad)
Rollie on my wrist probably cost an eighty (Bust down)
I'ma die like a boss, free that nigga Hades, it's Philthy

Your brand or photo here!

Support the music and put your brand or photo here!