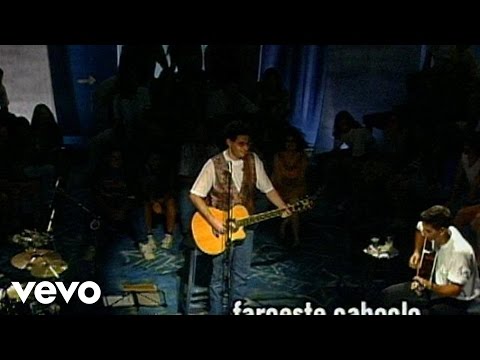 He wanted to go see the sea
And the things he saw on television
Gathered money to travel
Own choice, chose solitude

Ate all the little girls in town
For both playing doctor, was a professor at twelve
At fifteen, were sent to reform school
Where increased his hatred before such terror

Did not understand how life worked
Discrimination because of their class and their color
Got tired of trying to find answer
And bought a ticket, went straight to Salvador

He said: "I’m going to Brasilia
In this country there is no better place
‘m Needing to visit my daughter
I’m here and you will take my place "

And John accepted his proposal
And a bus entered the Central Plateau
He was flabbergasted with the city
Leaving the road, he saw the Christmas lights

"My God, what beautiful city,
In the New Year I get to work "
Chopping wood, carpenter’s apprentice
Hundred thousand won per month in Wansbeck

But he did not want to talk
And decided that, like Pablo, he would turn
Elaborated once more his holy plan
And without being crucified, the plantation was started

Pretty soon the crazy city heard the news
"There’s good stuff in there!"
And John de Santo Cristo became rich
And ended up with all the dealers there

Made friends, attended the North Wing
And going to party rock, to be free
But suddenly
Under a bad influence boyzinho city
Began to steal

In the first robbery he danced
And hell it was first
Violence and rape of her body
"You’ll see, I’ll get you"

Now the Holy Christ was bandit
Fearless and feared in Federal District
Had no fear of police
Captain or dealer, playboy or general

Time passes and one day comes in the door
A gentleman of high class with money in hand
And he makes an indecent proposal
And says he expects a response, a response from John

And it is better you leave my house
Never mess with a Scorpio ascendant Fish "
But before leaving, with hatred in his eyes, the old man said
"You lost your life, brother"

But it happens that one Jeramy
Reputed dealer, showed up
Learned of plans Santo Cristo
He decided that he’d end up with John

And Holy Christ there is not much going home
And the longing began to tighten
"I’m leaving, I’ll see Maria Lucia
‘s Already time for us to get married "

Holy Christ was only hatred inside
And then Jeremiah to a duel he called
"Tomorrow at two o’clock in Ceilândia
In front of Lot 14, that’s where I’m going

And you can choose your weapons
I end it with you, you traitor pig
And also kill Maria Lucia
That fake girl to whom I swore my love "

And he remembered when he was a child
And all that lived up there
And decided that instead of dancing
"If the way of the cross turned circus, I’m here"

"Jeremiah, I am a man. Thing you are not
And do not shoot the back
Look over here bitch shameless
Take a look at my blood and come feel your forgiveness "

And Holy Christ with the Winchester-22
Gave five shots in the bandit traitor
Maria Lucia repented after
And died along with John, her protector

And John did not get what I wanted
When he came to Brasilia, with the devil have
He wanted to speak was President pro
To help all those people who just makes